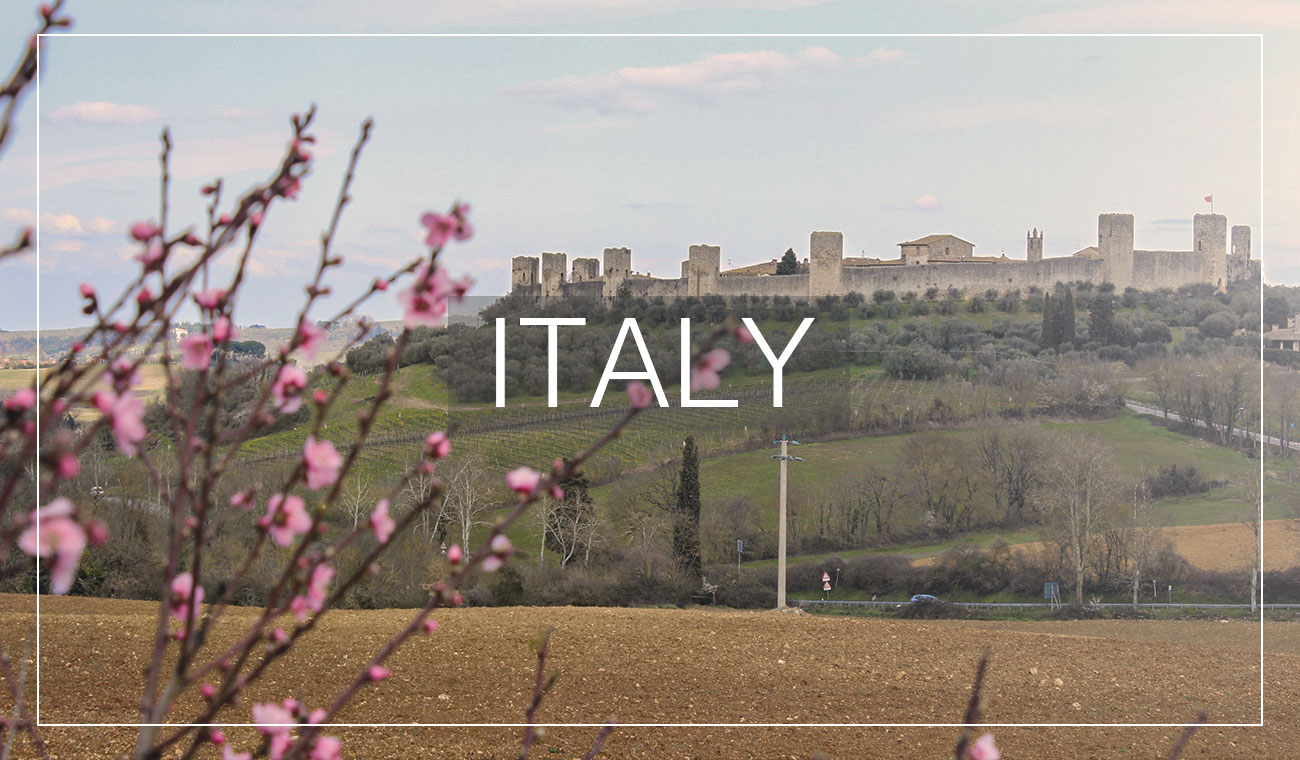 Monteriggioni was an obvious hiking target when I did a language course in Siena, Italy. I was seriously determined to do some hiking in Tuscany.

So when I found out that the medieval town of Monteriggioni, Dante’s inspiration for Inferno is literally around the corner, taking a decision was easy!

Monteriggioni – how to get there from Siena

The easiest and by far the cheapest option to get to Monteriggioni from Siena is taking the bus from Via Tozzi, Siena. I know bus travel abroad can be intimidating but it’s worth it. It takes only 20-30 minutes (depending on the line).

You don’t even need to speak much – just tell the driver “Monteriggioni”, pay and that’s it.

And so it happened, that I was getting a EUR 2.80 (2016 price) bus ticket to Monteriggioni on that lovely Saturday morning. It did not take very long and I was standing at the gates of Monteriggioni, or should I rather say Dante’s Inferno?


What is the town famous for?

The obvious answer is – Dante Alighieri. Yes, that Dante, mentions this tiny fortified village in his Divine Comedy. This very place, where I was standing, was his inspiration for the Infernal abyss. Or maybe just a clever way of describing it.

If you’re not into influential medieval literature, you might be interested in the fact that Monteriggioni was also featured in the computer game Assassin’s Creed.

However, for the purpose of the game story, it was modelled larger than the real place. And also Villa Auditore is a made-up building.

But there is more than just that. Despite being really tiny, the level of preservation of Monteriggioni is very unique, definitely belonging to the same league as more famous towns of San Gimignano or Volterra.

Built by the Sienese in 1214–19 as a front line in their wars against Florence, this walled defensive outpost is pure medieval gold. In your face, Game of Thrones, this is some real stuff!

Things to do in Monteriggioni, Italy

The roughly circular walls, almost 600 metres long are pretty much intact and you can walk around it on the outer side. That’s the kind of thing I do (and did) to fully appreciate the uniqueness of Monteriggioni.

There are 14 (!) towers and two gates. One gate, the Porta Fiorentina opens toward Florence to the north, and the other, the Porta Romana, faces Rome to the south.

The main street within the walls is connecting the two gates in a straight line. It takes maybe 1-2 minutes to get from one side to the other. When I arrived, Monteriggioni was basically empty so I walked around every possible corner and checked it out from all angles.

I even found the street called after Dante (which was not that difficult, considering there are exactly 2 and a half streets in total).

And when the first café opened, I ordered a coffee, got some panforte, delicious dried-fruity-caky Tuscan thing. That’s one of the things you really have to try! While you’re at it, check out the well on the main square.

Some say you can still hear the wailing of Captain Zeti’s spirit from there. Captain Zeti betrayed his own army in the 16th century, enabling the Florentines to conquer the city. Spooky

Then you can climb up the walls. All legal, no crazy Assassin’s Creed parkour stuff, just pay ca. 3€ (2016 price) and climbed up the stairs. I can’t recommend this activity enough, what a great view!

Walk from Monteriggioni back to Siena

However, my time as a tourist was up. Now, I was determined to turn into a bad-ass hiker and walk the distance of 20 kilometres back to Siena. On foot. You know, using legs, those two bony things hanging down from my bottom.

And it was not just like any walk, it was a walk on a part of the ancient route Via Francigena.

This thousand-year-old pilgrim route leads from Canterbury in England all the way down to Rome, and Siena has always been one of its highlights, as well as the town of Monteriggioni.

So I went. The views, in the beginning, were fantastic and then it turned into a really nice walk through the Chianti region. Castles, pretty views, old churches, vineyards, forests, it was all there! So keep your camera ready! Unfortunately, at that time, I didn’t know how useful shooting in RAW format is.

I had an app on my smartphone for tracking the route, though I did not need it at all since the marking on this part of Via Francigena is truly amazing. After about 4 hours, I arrived in Siena, there was much more going on, and the street seemed familiar.

Oh yeah, there was my hotel right there. And there – the beautiful Porta Camollia, historical entrance from the north, from Via Francigena.

Every single Christian pilgrim arriving in the town had to go through the gate, probably heading straight to Duomo to have a little chat with the “boss”, or maybe heal their wounds in Santa Maria della Scala.

And now I’m walking through the very gate. Epic.